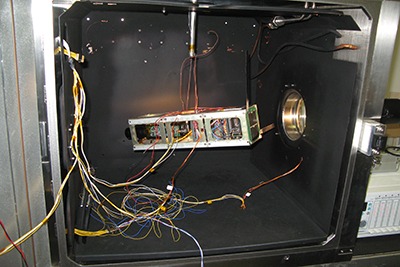 Students having a master degree in any engineering discipline obtained in EU universities or an equivalent degree obtained outside EU can apply to the Special Master of Aerospace Engineering. Applicants possessing alternative degrees may also be considered by the School for admission. Moreover, applicants having a master degree in the area of aerospace engineering are enrolled directly as second-year students.

Applications must be addressed to presidesia@uniroma1.it within 31 May 2017 for non-EU residents and within 1st December 2017 for EU resident.The application must include:
a) filled M1 application form
b) university diploma or temporary substitute
c) curriculum vitae
d) any other title (stages, working or academic experience, ect) useful to the evaluation of the student skills

The Board of the School will evaluate the application and, if eligible, the student will receive the admission letter. Students who have not yet completed their course of study, but expect to complete it by August 2017, can apply to the Special Master program by supplying an official document from their university confirming the expected graduation date. This document will only be a temporary substitute for the official copy of the final diploma.

The School of Aerospace Engineering at Sapienza University of Rome is one of the oldest academic institutions worldwide in the field of aerospace engineering. The School goal is to train engineers in aerospace disciplines by pairing theory with lab activity and technological development. The idea is that “to be an aerospace engineer one first has to be an engineer”.

Namely to operate in the aerospace sector it is necessary to bring the basic knowledge of the various engineering areas to a higher level so that the difficult challenges posed by the space environment can be tackled. Therefore, the actual aerospace engineer should be a fully trained engineer, specialized in one of the various branches of engineering (e.g. civil, mechanical, electronic, control, computer ), with an additional education that is needed to apply his /her knowledge to the space sector.

For example, to design the electronics of a satellite a skilled electronic engineer is needed, for the attitude control system an expert control engineer is necessary, for the satellite structure a competent mechanical engineer is required. However, all of them must know the effects of the space environment on the various subsystems and the constraints imposed by the operation in space. Moreover, all of them must understand the interactions between all the subsystems to design a reliable system. Thus, a deep knowledge of one of the fundamental engineering areas is required as a basis to train an advanced aerospace engineer to multidisciplinary tools and skills needed for a deep and overall understanding of complex spaceborne systems.

To achieve this goals, besides conventional academic training, the Special Master Degree program of the School of Aerospace Engineering includes practical training activities obtained through students’ participation to real-world projects.

In 2000 the School started a unique educational program called “UniSat”, which consisted in having students design and manufacture satellites; each “UniSat” satellite was launched into space by the Dnepr Russian-Ukrainian rocket approximately every other year. Thanks to the “UniSat” series and other later satellites made at the School, called “Edusat”, “Lares”, and “TigriSat”, the School has become a worldwide flagship institution in the field of aerospace engineering.

In line with its tradition, the School of Aerospace Engineering will continue to involve its students in similar projects ‘from lab to space’. For the academic year 2017/2018 students can join the program of manufacturing a 3 Unit nanosatellite to be launched on 2019.

At the School are active Laboratories devoted to education, research and technological development. These activities are able to attract many funds from aerospace industries and agencies. Students can do lab activities during their studies. The labs operating at the School of Aerospace Engineering are:

In addition, the Schools facilities include a space simulator endowed with thermo-vacuum chamber and sun simulator, a ground station for the satellite tracking and command, a clean room for satellite integration.

One eligible course can be selected among each of the following two groups:

Group A1: Dual use of space systems, Numerical modeling of space structures, Orbit determination, Theory and operations of formation flying

The second year has two mandatory courses and two eligible courses. The two mandatory ones are: Advanced Topics in Aerospace Engineering, Design of electronic systems for space. One eliglible course can be selected among each of the following two groups:

A thesis must be submitted at the end of the study program and defended in front of a committee made by faculty members, aerospace professionals and industry representatives. Thesis topics can be also suggested by aerospace companies; stages in these companies are possible during the thesis work.


About The School of Aerospace Engineering at Sapienza University of Rome

Since then, peculiar features of the School have been multidisciplinary approach and close connection between research and teaching; in fact, besides standard technical subjects, the study program soon included aeronautical biology and medicine; moreover, intense lab activity has constantly led to close connections between teaching, research and technological progress. Soon after the School’s foundation, its faculty could use large laboratories located at Guidonia near Rome where they achieved very important results in aeronautical design, in development of seaplanes, and in studies on hypersonic aerodynamics.

Starting from the 1960’s the School’s activities began focusing mainly on astronautics, and in 1963 the School’s name changed into School of Aerospace Engineering. Professors and technicians of the School designed and manufactured the satellites of the San Marco series. Thanks to the launch of the first satellite of the series, in 1964 Italy became the third nation in the world, after USA and USSR, to inject its own satellite in orbit. In 1962 the School set-up a launch platform near Malindi, Kenya that has been used without any launch failure till 1988.

In 1997 the School started an educational program called UniSat, which consisted in having students design and manufacture satellites; each UniSat satellite was launched into space by a Russian-Ukrainian rocket called Dniepr every two years that corresponds to the length of the study program offered by the School. Thanks to the UniSat series and to other later satellites made at the School, called Edusat, Lares, and TigriSat, the School launched into space eight satellites in the last fifteen years and has become a worldwide flagship institution in astronautics.